How To Keep Rats Out Of Your Crawlspace 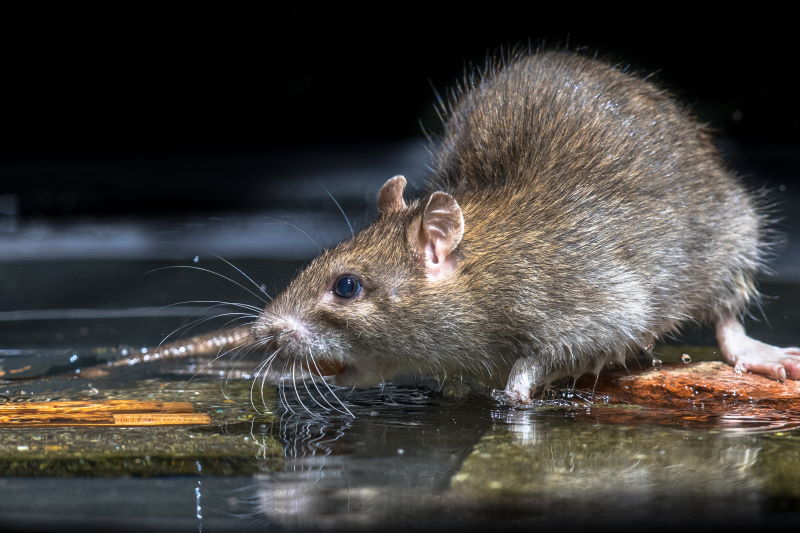 In our last article, we showed you some steps you can take to make sure you have rats not getting from the crawl space encapsulation up into the units above. The second problem that we need to address was to keep them from coming up into the crawl space by tunneling in, from who knows where in the dirt. In this instance, I figured out that if you started digging some holes where I saw rat holes coming up to straight up from underground and want a foot and a half down, you hit some old ceramic pipes. I think what the situation is here’s the new modern plumbing. Here’s the stack coming down that connects to the sewer. This house is pretty old and the old plumbing disconnected from the top down when modernizing it.

How Sewer Rats Come Up

But it’s still probably connected to the sewer rats and come up. Those pipes get a foot from the ground, then tunnel off from there. So the most effective way you could potentially stop them from getting in that way is just concrete, this entire crawl space. The rats can’t get through concrete, but obviously, that is tremendously expensive, and it certainly was not in my budget. So what I’m going to show you here. It was a very cost-effective way that we’re able to keep the rats from coming up with about a hundred bucks worth of materials and a little bit of my labor. So what you see here is this is half-inch aluminum fencing. You can get it pretty much at any major, a home improvement store. It’s four feet wide.

My piece here is a four-foot wide piece here, and I’m running in about maybe 12, 13 feet. What happens is that if rats come up from underneath, they hit this stuff. They’re not able to chew through it. We overlapped it by about afoot here. You can see, and then we use some excellent things for anywhere we need to cut holes in the mesh. They couldn’t squeeze between the pipe and where you had to cut the mesh. And then lastly, and most importantly, you have to make sure they can’t just crawl and dig a hole to the surface, hit the fence, and then tunnel at the surface and then come out the side. Cause they would do that. And you can see it here. This is a tunnel where the hole comes up over here. They tunneled through, and basically what I’ve done to make sure They can’t come up.

The Ditch And Fence Method

This curves down, and we’d done a ditch. The actual fencing probably ends about right here, but it’s about a foot down. What happens is they tunnel like they were all along here. They hit this as it starts to go down, and they don’t seem to dig underneath. We’ve looked around and made sure they’re not popping up somewhere else here. They’re not. And then similarly, we have to address this side edge that one’s a little bit harder. You don’t have the natural way the aluminum fence wants to roll.

We dug down a ditch about a foot deep and cut about long foot pieces, put them vertically, essentially bent over the top. So it comes up here. Ben’s over here. You see, I have a minor stake right there to hold It down. And then just because there’s a bunch of this Old brick laying down here. I use that to reinforce it. So actually, like with this tunnel, if you were to go over there and they came up right here, they first tried to tunnel through here, hit the wall.

The Most Effective Way

They eventually came down here at the wall. They tried a few more times over there. When I can say, though, is it’s been about four or five weeks since I did this. they have not gotten out. And all of this activity that you can see that all happen the first week. And since then, there’s been nothing. So it seems like it’s been an effective way to keep rats from coming up through the earth.